Home/Kashia Blog/The Kashia return to the coast
Next

The Kashia return to the coast!

The Kashia Coastal Reserve on Northern California’s legendary coastline is etched with dense redwood forest, towering coastal bluffs and waterfalls, and expansive views of the Pacific Ocean. Perched along Highway 1, that 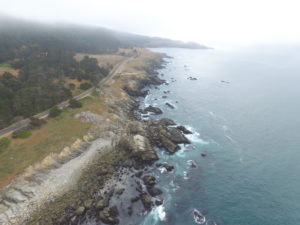 storied ribbon of road stretching 650 miles along the California coast, the Preserve was once the ancestral home of the Kashia Band of Pomo Indians until the tribe was forced inland 150 years ago. Ultimately settling on a small, water-poor reservation, the Kashia lost all but 40 acres of their ancestral lands and have lived with restricted coastal access since their retreat.

In 2015, The Trust for Public Land purchased the 688-acre property from the family that has owned the land since 1925. The newly established Kashia Coastal Reserve restores ownership of coastal lands to the Kashia, protects important cultural sites, and provides a place to connect present and future generations of the Kashia with their heritage. The Tribe will manage the property as a demonstration forest and as a gateway for educating and engaging the public about the history and practices of native people in the area. The Kashia will also allow the California Coastal Trail to extend north from Salt Point State Park across their land, giving the public their first opportunity to experience this dramatic stretch of coastline.

This project was made possible through the support of many, in particular the Kashia Band of Pomo Indians, with major funding from: Sonoma County Agricultural Preservation & Open Space District, the Gordon and Betty Moore Foundation, California Coastal Conservancy, California Department of Natural Resources’ Environmental Enhancement & Mitigation Program, Lannan Foundation, and the George Sardina M.D. Fund for Nature

About the Author: admin